Our mental health and our need to protect our overall health is and should always be the first priority. As black women, we are the foundation of society, and it is critical to ourselves and to our environment, that we are healthy emotionally, mentally, spiritually, and physically.

These things are not mutually exclusive to non-black people, nor can money or fame enable us to arrive at mindfulness and peace.

As evidenced by the three top athletes in the world, firstly Serena Williams, the greatest athlete of all time, then her sister Venus and Naomi Osaka, we see how the gaze and the “commandment” is for black bodies to obey, to conform, or to be punished.

But when you have inner confidence, an inner gaze at which you see the world, that doesn’t rely upon the approval or permission of others outside of you, you are empowered, not disempowered. You are empowered and stoic, un-apologetically, and operating from a place of sovereignty, an untouchable, unreachable place, where only you have the key to allow others within your orbit. Showing the world, particularly the non-black world, that you don’t bend to their will, you rise to yours. That is real power.

I recall personally watching Serena and Venus at the beginning of their career be de-humanized by “journalists” and sports commentators, who seemingly didn’t know how to approach speaking of or to, these two young athletes, so they fell back to their social programming of likening Serena and Venus to sub-human, as animalistic, that their skill was achieved by their closeness to animals, can you believe that? That they ‘dare’ enter into the grand domain of whiteness in sport, the tennis arena. The bullying and the racism in the media…a psychological tactic, a lesson to anyone thinking they might explore tennis as a career, and not be white.

The mental fortitude, and the ability the Williams sisters had to stay the course, to show little to zero signs of psychological weakness, was next-level incredulous genius. Absolute mastery in psychology and pushing beyond the bounds of the human spirit. I always wondered what papa Williams would say to them to prepare them for the dominant culture’s hatred of blackness and all the health hazards associated with that. How did they manage to play, while white people in the stands, yelled out with racial violence, or booed them? My heart broke for them over and over, I continually sent them vibes of strength and love through the television, willing them to win and slap down those who demeaned their existence before, during, and after their matches. What an enormous but very telling display of evil vs good, there is no denying it.

I grew up playing tennis and for years watching players on T.V be praised for their skills, for their strength, their intelligence, and their sass, even the foul-mouthed players, who cursed at umpires or smashed rackets over and over, were reported as being challenging, or under pressure…and yet when the Williams sisters came on the scene, praise and kudos to papa Williams for his incredible work at producing and honing the skills of two of the greatest athletes, when those beautiful, articulate and grounded young girls graced those green courts with chocolate goodness, I never forget the indignation of white people in the media and in situations local to me. The malevolence against Serena and Venus, these young expert tennis players, was gut-wrenching to watch and hear, as a young black woman navigating my own experience with whiteness and racism so endemic in the fabric of our world, everywhere. I remember hearing negativity about the Williams sisters; white people I came into contact with felt the need to express to me, another black body, what their thoughts were about the Williams sisters. I assume perhaps, they were trying to unpack their own cognitive dissonance and maybe have me assist them in placating their self-delusion of not really being racist, “But…”.

People wanted to talk to me about the Williams sisters everywhere I went or they wanted me to hear them talk about the Williams sisters in a derogatory way… If I was in a cab, at a party, the supermarket, at work (in the workplace was a particular microcosm of race bating), cafes, the beach…The people I encountered appeared to suffer a malfunction, a cognitive dissonance that truly never went away, as evidenced every time Serena Williams plays; they talk about her thickness, her catsuit, crip walk, hair, nails…whatever it is, those who felt and continue to feel like lords of humankind, entitled and with a self-imposed authority, to continually mock or remark on Serena, and reference her alleged “otherness”, rather than simply her mastery as the greatest athlete of all time, and this relentless and unnecessary commentary, exposes the racist haters, always giving themselves and their inferiority away.

Naomi Osaka, taking a stand is like Serena and Venus recently said, it is a way of dealing with an experience. Everyone’s way of navigating the world, and racism is going to be different. Everyone’s threshold for negativity is subjective to their lived experience and what they will and can tolerate. The Williams sister’s did what many cannot do, they moved mountains, icebergs never falling or wavering, they pushed the negative into the light and swept its residue off the court to lay the way for new grass to grow. They truly bore the brunt of malevolence and dark energies in order to just be themselves and do what they loved and were masterful at. This paved the way for new faces and therefore for blackness to be viewed on the tennis court as, here goes that word, wait for it… “normalized”. Offensive a concept, absolutely. Is it the reality though? Yes, unfortunately. When the dominant culture considers itself the norm, then that’s what we are ALL dealing with, a skewed reality, that defies logic or so-called humanity. It is what it is and we must either choose to operate within the framework or navigate around it, or create our own. 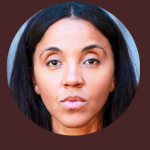 3 Must Dos – Steps to Weight Loss for a Healthier Body

A Detoxing Cleansing System is the Key to Weight Loss

3 Must Dos – Steps to Weight Loss for a Healthier Body

A Detoxing Cleansing System is the Key to Weight Loss

If you’re like most people who have a weight problem, you’ve been on every diet imaginable.

How to determine what you want in Life

De-Stress Yourself with Water, Oxygen, and Sunlight!

Oxygen, water, and sunlight are the most basic life-giving elements on this earth, without it we

10 Steps to Help You Get a Great Night’s Sleep

How did you sleep last night? I had a great night’s sleep, but when I woke

0
0
Your Cart
Your cart is emptyReturn to Shop
Continue Shopping
Warning: Trying to access array offset on value of type int in /home/archwa11/public_html/yogabodi/wp-content/plugins/side-cart-woocommerce/templates/global/footer/buttons.php on line 32

Warning: Trying to access array offset on value of type int in /home/archwa11/public_html/yogabodi/wp-content/plugins/side-cart-woocommerce/templates/global/footer/buttons.php on line 32